Celebrating the contribution of the legal profession 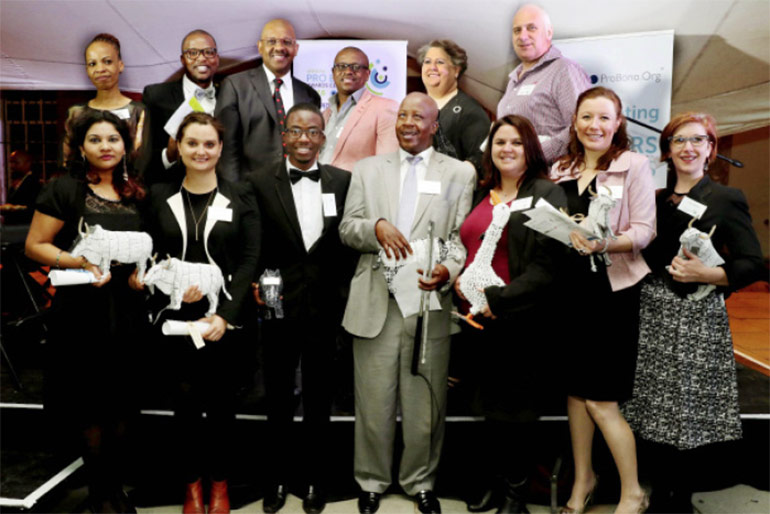 Once again, on 6 September we celebrated the extraordinary work being undertaken by lawyers, the media, the NGO sector, students and others in promoting human rights and the interests of the poor and marginalised.

This year’s guest speaker was Dali Mpofu SC, Vice-Chairperson of the Johannesburg Bar Council. He mentioned the new Legal Practice Act presently being implemented, where pro bono work is being addressed in the category of community service. Only a small percentage of South Africans can afford even the most basic legal services and without such services the values in our Constitution of equality, the rule of law and the restoration of human dignity cannot be realised. He added that if the profession gets the exercise right, it would go a very long way in addressing the present frustration experienced by the poor and economically disadvantaged, who are mostly black people, women and other economically vulnerable groups.

He also stressed the importance of all legal practitioners doing pro bono work and congratulated those who had been nominated as finalists. It was very pleasing to see a marked increase in the participation of small law firms in the awards this year.

Six independent judges chose the finalists and winners in each category: At this year’s awards, we launched a new initiative to highlight the work of NGOs doing significant social justice work. We have dedicated a page on our website to their stories and we invite you to visit NGO Links on the site and see the important work that they are doing, ranging from environmental activism, protection of abused women, the right to education and strategic litigation on human rights and the rule of law. We hope to add more of these stories on the page as time goes on.

Our major sponsors this year were Legal Aid South Africa, the Law Society of the Northern Provinces and Juta.

Our other generous sponsors were Spoor & Fisher Attorneys and AJS Business Management Systems.

LexisNexis and without prejudice provided financial as well as inkind trade sponsorship. Auditors Grant Thornton once again audited the nomination and judging process.

Spier donated wine, and The Hill provided the venue free of charge.

Michele Dean of Limeblue for the design work; Lloyd Piater of The Natural Agent for digital assistance, Freshly Minced for production assistance; and Yolanda van der Stoep for photography.