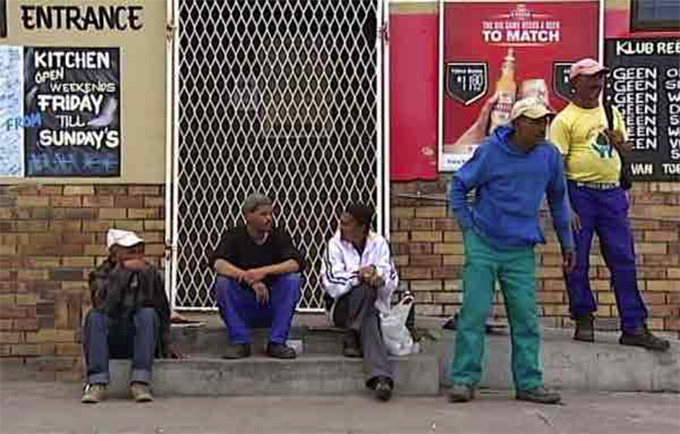 De Doorns is a small agricultural town in the heart of the Hex River Valley, 30 kilometers outside Worcester in the Western Cape. The town is renowned as the country’s biggest exporter of table grapes and a large percentage of the population consists of seasonal farmworkers.

The novel coronavirus pandemic struck South Africa during the peak of the local table grape season. The majority of people were working in the refrigerated storerooms and that was certainly a big concern as it is well known that the virus spreads rapidly in cold conditions.

However, the farmworkers in De Doorns continued working. This was very confusing as it is unlikely that anyone would consider table grapes as “critical agriculture commodities”. This means that financial and socio-economic factors were considered in the decision to allow De Doorns’ seasonal farmworkers to continue working. The fact that people were going to be unemployed from June to September (as is the case every year) together with the fact that a large percentage of the crop was earmarked for export, weighed heavily on the side of operation.

However, it could also be seen as an irresponsible decision by the labour department to allow De Doorns farmworkers to continue working given the fact that social distancing is basically impossible while working in those refrigerated cold rooms.

The proximity of De Doorns’ township to the town centre is barely 20 metres, however the difference in people’s adherence is shockingly clear.

One example of this is the manner in which the rules on social distancing, wearing of masks and sanitizers were enforced in the town centre and the total disregard thereto in the township where people were collecting food parcels. It seems as if people need to be policed into adhering to the regulations which is really unfortunate as the number of confirmed cases continues to rise in the broader Breede Valley region (of which De Doorns forms part) and the highest concentration of people live in the township, more specifically in the informal settlement called “Lubisi”.

Even more concerning is the fact that Lubisi was the first area where a confirmed case was reported. This area is largely occupied by foreign nationals. This further raises more red flags as many of the people living here are undocumented and often shy away from seeking public medical assistance.

The rise of the black market

The lockdown came with a ban on the sale of cigarettes and alcohol. This has created an opportunity for illegal and informal traders. The history of De Doorns, like any other small farming town in the Western Cape, has a legacy of the “dop system” where people were partly compensated with alcohol. Therefore, the town has a problem with alcohol and drug abuse. The fact that alcohol and tobacco are not readily available has given birth to a new market of illegal cigarettes being sold at exorbitant prices and the large sale and consumption of home brewed beer.

The demand has become so big that these traders are now charging up to five or six times the price they would normally charge for a packet of illegal cigarettes and are reporting record profits of up to R6,000 for a 50 litre bucket of home-made beer.

This in turn poses another risk for people as indulgence in the abovementioned substances also undermines the lockdown regulations and creates an environment where the virus can spread more rapidly.

My personal observation in De Doorns has been that the biggest enabler for the virus to spread are the people themselves. Lockdown is a myth in this town, and everyone seems to continue with business as usual, with others using this trying time as an opportunity to make money. One can only hope that lockdown regulations are properly enforced as the circumstances in De Doorns, particularly the working conditions of the seasonal farmworkers, are those in which a virus like COVID-19 can rapidly spread and wreak havoc.