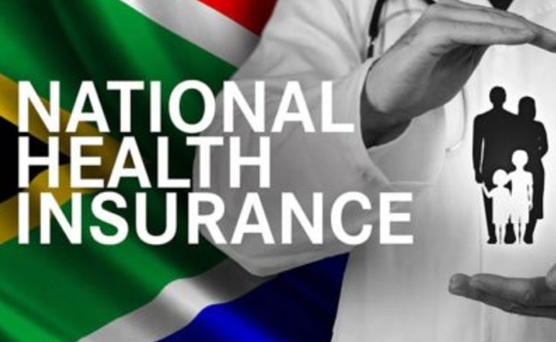 The National Health Insurance (NHI) is defined as a health insurance system that will provide financial assistance to people so they can access quality health care. It will be available to all South Africans regardless of their income or their socio-economic
status.

Purpose of the NHI The objective of the NHI is to ensure that access to health care does not result in people being
out of pocket. Moreover, the insurance seeks to make sure that every South African has universal coverage health care. This means that every individual who has registered with NHI will have the right to access quality health care, free of charge at clinics, hospitals and private doctors. The main objective of the NHI is the right to access health care in terms of section 27 of the Constitution and the right of every child to basic health care services under section 28 of the Constitution. In the case of Grootboom it was stipulated that the right of access to health care cannot be treated in isolation as rights should go hand in hand and are inter-related. In the case of Soobramoney it was stated that the quality of life is totally based on the quality of health care that is provided by the government. Is NHI in operation? NHI will be created in stages over a 14-year period, which started in 2012.

It will be established through the creation of a single fund that will buy services on behalf of the entire population, established through a combination of various mandatory pre-payment sources, primarily based on general taxes. Will NHI work in South Africa?
The NHI fund will be publicly administered and there are currently no plans to outsource to the private sector. South Africans have a low level of confidence in the government resulting from the evidence of corruption, state capture and the financial crisis within state-owned entities such as South African Airways and Eskom. The State’s capacity is being questioned and the public has no guarantee of a strategy or system being put in place to provide reassurance. South Africa has the capacity to bring the NHI into operation only if they can get rid of corruption by its leaders.

Comparison of foreign jurisprudence: Ghana and Rwanda Ghana’s National Health Insurance Scheme was created to promote solidarity, equality and proper health care. The people of Ghana are guaranteed oral care, eye care, delivery care, generic health care as well as emergency services. Just like the National Health Insurance Bill of South Africa, chronic renal failure, organ transplants and certain drugs that are not listed are not covered under Ghana’s health scheme. There is also a referral system in that procedures must be followed for the Scheme to cover certain costs. Patients must first report to the first level of care and then the second and then the third by referral. The scheme is financed by a National Health Insurance Levy (NHIL) of 2.5% on selected goods and services and through a 2.5% deduction on Social Security and National Insurance Trust (SSNIT) from the formal sector. It is also funded by an annual premium from the informal sector and annual budget allocations from the
government.

To achieve universal coverage, Rwanda came up with a national health insurance scheme named Mutuelles de Sante. Since its inception in 1999, the scheme has been successful and has covered the entire country. Rwanda’s health care system is funded by both the public and the private sectors. The key to the success of Rwanda’s scheme is in the government’s crucial support of investment in the health care of the country. Rwanda also has effective legislation in place that is important for the protection of the vulnerable and less advantaged. They have developed a nationwide plan of action that is intensive and forward looking. The country has also reached a consensus regarding the achievement of equality among its people.

In conclusion I would like to submit that the true feasibility of our national health insurance
scheme will be tested by the government’s ability to provide and make medical services available to those who really need them.
Proper exercise of this is an important constitutional right and will be a major bridge between the rich and the poor. South Africa has prospects of success in bringing NHI into operation if it can source the necessary investments and loans.