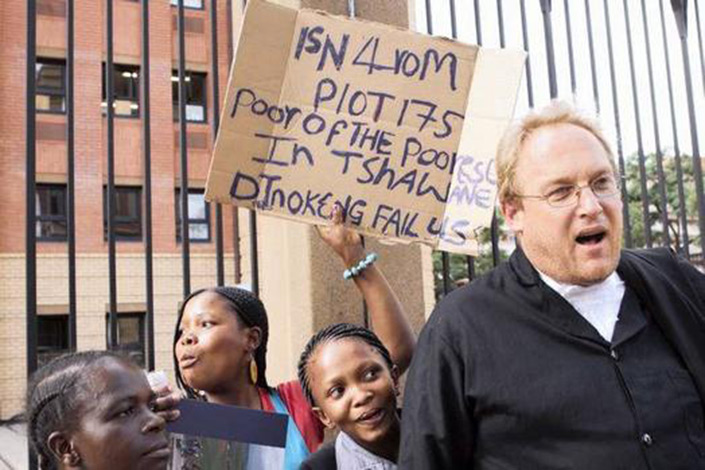 Such a very tragic loss. Rudolph Jansen, human rights lawyer has passed away. ProBono.Org wishes his family and all who knew him our condolences.

THE legal fraternity is mourning the death of human rights lawyer Rudolph Jansen, who fought against injustice on behalf of the poor and marginalised for more than three decades, including with respect to the abolition of the death penalty, prison reform and land reform.

He was a long-standing member and former national director of Lawyers for Human Rights.

Jansen, who leaves his wife Mariana, and two sons Rudolph and Gustav, died on Saturday in Limpopo, where he was consulting with the Moletele Land Claim Community. He was 53 years old.

Jansen was born on New Year’s Day in 1964. He grew up in Pretoria, where he lived throughout his life.

He completed his law studies at the University of Pretoria, and as a young advocate with the Pretoria Bar, quickly turned his attention to combating issues of inequality and injustice that were a hallmark of the apartheid state.