Will the electoral reform judgment handed down by the Concourt address the accountability elephant in the room? 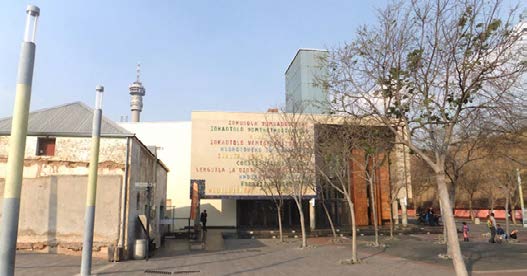 On 11 June 2020, Justice Mbuyiseli Madlanga handed down a defining judgment for the political landscape of South Africa. In New Nation Movement NPC and Others v President of the Republic of South Africa and Others [202] ZACC 11), the apex court ruled that the Electoral Act is unconstitutional on the grounds that it does not allow citizens to be elected to the national and provincial legislatures as independent candidates. Parliament was ordered to remedy the defect within 24 months and the media characterised the judgment as a game changer – a victory for all South Africans…but is it really?

There is no question that the ruling is a step in the right direction. What remains to be seen is whether the changes Parliament makes will lead to the comprehensive overhaul we need in order to ensure that our elected representatives are accountable to the people they are elected to serve. It’s a question not easily answered but it starts with a consideration of where we’ve been, where we are and where we’re going. Prior to the advent of a constitutional democracy in South Africa, it is fair to say that our judiciary was effectively impotent. Constrained by the Westminster system of parliamentary sovereignty, our courts were bereft of any powers of judicial review. Confined to interpreting and enforcing legislation based on procedural issues alone, they were precluded from considering substantive legality, merit or morality.

To this end, we adopted accountability, rule of law and supremacy of the Constitution as foundational values of our constitutional democracy. Unfortunately, neither those values, nor our revered Constitution, have proved a match for an electoral system that has neglected accountability, whilst nurturing human frailty and selfinterest.

In recent years, it became clear that the state capture so roundly complained of included an element of “legislative capture”, as we saw in the Nkandla matter and during the course of repeatedly unsuccessful attempts to oust a disgraced President Zuma from office. The citizenry have grown frustrated and angry as they have watched parliamentarians repeatedly side step their constitutional obligations in favour of political expediency.

However, just as the Judiciary was once expected to quietly tow the legislative line, now our democratically elected legislative branch is expected to tow the party line.

Our current electoral system is based on proportional representation (PR), whereby the electorate vote for a party, rather than a person. The seats in the National Assembly and the provincial legislatures are then filled on the basis of a closed party list system. It is this closed party list system that has led to MPs currying favour with party elites, rather than voters, in order to ensure their political survival. As accountability deteriorated, an embattled judiciary was left to maintain and uphold the rule of law, often in the face of opposition from the executive and legislative arms of government, who have regularly accused the courts of judicial overreach.

Analysts have pointed out that the closed list PR system, that was originally designed to facilitate only our inaugural democratic election, has been in need of electoral reform for years. In fact, Cabinet commissioned an Electoral Task Team (ETT) as early as 2003. They were asked to report on the matter and propose legislation for an electoral system in the years to come. The ETT (also known as the Van Zyl Slabbert Commission) highlighted accountability as a concern and tendered its recommendations.

Unfortunately the proposed changes were never made. So, where to from here? The Constitutional Court did not pronounce on how Parliament should rectify the unconstitutionality of the Electoral Act, nor on a preferred model, expressly leaving this to Parliament to determine. Home Affairs Minister Aaron Motsoaledi recently indicated that South Africa’s electoral system is set for a major overhaul, and that the changes would not be limited to the Constitutional Court’s directive regarding independent candidates. The Electoral Commission of South Africa (IEC), has however expressed concern about the 24-month time frame mandated by the court. This is likely to be problematic given the potential scope of the work and necessary due processes to be followed in amending the electoral system.

This concern is echoed by a number of other organisations such as the Inclusive Society Institute (ISI). In their published response to the judgment, ISI therefore suggests effecting consequential improvements where possible, whilst implementing system changes to accommodate independent candidates. Broader reform will need to follow over time. In other words, we may be hungry for change but it’s likely we will have to deal with that accountability elephant in the room, one bite at a time.

Article by Wendy Andrew-Befeld – Member of the Cape Bar