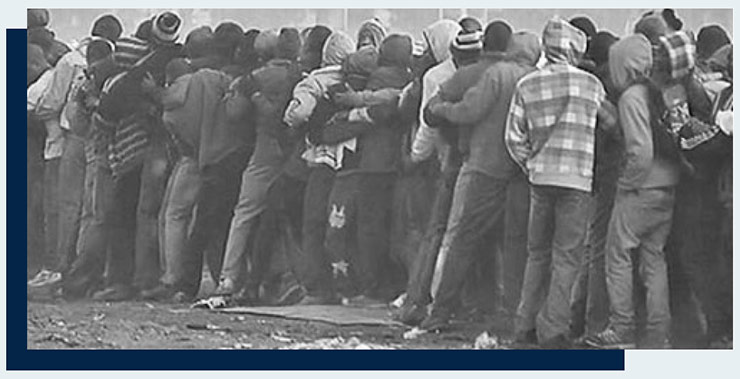 One often reads about the plethora of obstacles plaguing asylum seekers. Some believe that the system is as rigorous as it is because the benefits of acquiring refugee status place refugees on an equal footing with South African citizens. They would be wrong. Even naturalised African refugees get the short end of the stick in South Africa. The legal framework and resulting social effect has dire consequences for those attempting to establish a new life in the continent’s southernmost state.

More specifically, the Broad-based Black Economic Empowerment Act, 53 of 2003, (“The Act”) is effectively placing naturalised Africans at the bottom of the employment food chain. When the Act first came in, “black people” (the ultimate beneficiaries of the Act) was a term defined as “a generic term which means Africans, Coloureds and Indians”. In 2008, after discussions and consensus the High Court declared that Chinese people who were citizens prior to 1994 would be considered as “coloured” for the purposes of the Act. Incidentally, because there was consensus between the parties, there was no judgement delivered but merely an order. This denied us the judicial analysis we may have required to avoid the situation African refugees find themselves in today.

The effective result of this Act was that when hiring employees, employers would have to take race into consideration in an effort to redress the inequalities caused by South Africa’s history; a laudable effort which led to employers separating applicants according to race and attempting to develop and maintain a quota of “black people”. As crude, rudimentary and perhaps artificial as this process may have become, it had the nominal desired effect of getting more “black people” employed. Whether it had any real effect of shifting perceptions and racism stemming from the past is a matter for a different article. Ultimately, “black people” were being hired and more opportunities were opened to them.

In early 2014, the President assented to the Broad-based Black Economic Empowerment Amendment Act (“Amendment Act”) and this is when African refugees began to feel the sting. The Amendment Act altered the definition of “black people” to exclude citizens of South Africa who were naturalised (or only entitled to naturalisation) after 27 April 1994. To the legislature and most others, this exclusion makes sense; if foreigners were not in South Africa during the oppression, they should not benefit from the laws enacted to redress said oppression, regardless of their citizenship.

When some of our refugee clients approached the Department of Trade and Industry, which regulates the Act, they were told that the limitation is consistent with an open and democratic society based on human dignity, equality and freedom.

It is possible that the effect of the amended definition of “black people” unfairly discriminates against refugees naturalised after 1994 and ProBono.Org has briefed counsel to draft an opinion on the issue.