Is the Return of the Death Penalty a Viable Sentencing Option In South Africa’s Constitutional Dispensation? 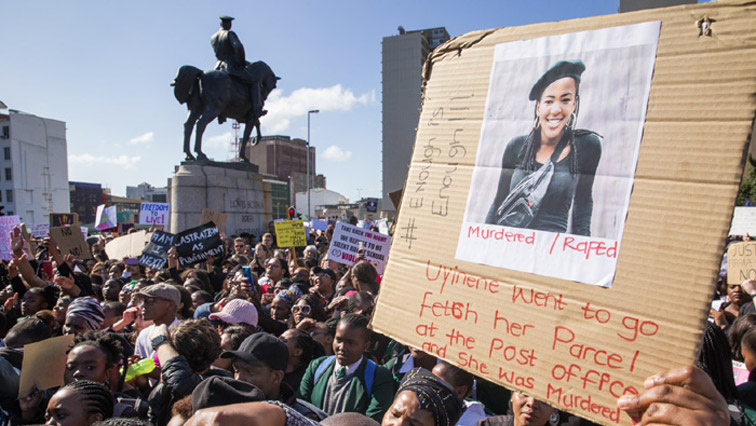 In early September 2019, residents of Cape Town took to the streets after a series of gruesome murders of women during National Women’s Month, many of them demanding that the death penalty be reinstated as a form of punishment for those who commit violent crimes against women and children. After a three-day protest from 3 to 5 September 2019, President Cyril Ramaphosa eventually addressed the crowd outside Parliament but he did not engage the protesters on their call for the death penalty. Instead, he proposed, amongst other things, that Parliament increase minimum sentences for serious crimes. He further averred that he concurred with the masses that bail and parole be opposed in order to fight the crimes committed against women and children. However, the general public remains largely unaware that minimum sentencing requirements already exist within our legislation, but that in itself has not deterred accused persons from committing serious offences. Moreover, the call to oppose bail will be quite problematic, bearing in mind that the Criminal Procedure Act states that an accused is entitled to be released on bail should he/ she meet the requirements imposed by section 50(6). This contention has been expressly upheld by the courts, who stated that no one ought to be deprived of his/her freedom arbitrarily and, if the interests of justice so permit, the arrested person is entitled to be released.

Thus, the question remains whether the death penalty is a viable sentencing option in South Africa’s constitutional dispensation. Section 11 of the Constitution guarantees the right to life to all within the Republic. Section 37(5) further states that this right to life is a non-derogable right in its entirety, and therefore no limitation can be imposed on it, whether by legislation or the Constitution itself.

In the case of S v Makwanyane, the Constitutional Court found it imperative to abolish the death penalty as a form of punishment and held that it directly infringed on the right to life, guaranteed under section 11. It is important to note that the court when making this decision also considered the adverse effect on the right to dignity provided for in section 10 of the Constitution. Thus, the court held that it cannot be right that a person be punished in such an inhumane and unnatural manner under a constitutional dispensation. It is understandable that as a result of the prevailing violent crimes committed against women and children there is wide contention for the reinstatement of the death penalty to serve as a deterrent form of punishment. However, as the court stated in the case of Makwanyane, even though wide contentions may be held by a majority of the people, the court’s duty is only to act as an independent arbiter of the Constitution and not merely as an agent for public opinion.

As provided above, constitutional sovereignty does not operate on an eye for an eye basis. As such, it is safe to conclude that the return of the death penalty is not a viable sentencing option under South Africa’s constitutional dispensation. It is therefore evident that a lot more work needs to be done in relation to crime prevention strategies, rehabilitation and the sustainability of the reintegration of offenders into communities.