ProBono.Org teams up with Clyde & Co on behalf of a student 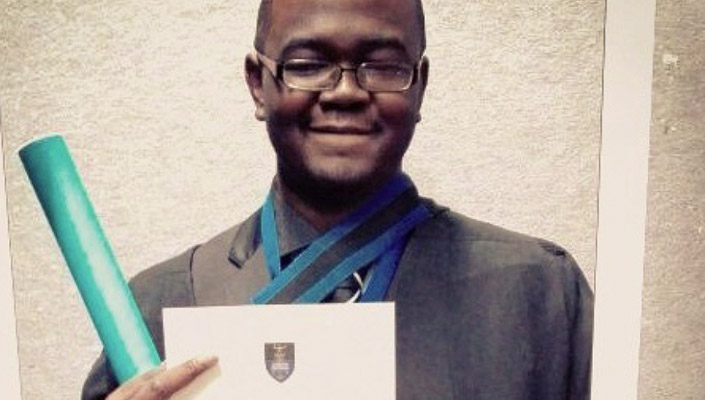 ProBono.Org was informed of the difficulties being faced by a University of Cape Town (UCT) student, Rethabile Makoanyana, who was unable to graduate due to outstanding fees. The primary issue was that a Free State municipality had contractually agreed to pay his fees but failed to do so. His follow-up calls to the municipal manager were met with either silence or hostility. The result of his failure to graduate included stress on his mother leading to her high blood pressure, him experiencing depression and his being unable to register for an honours degree.

Because his appeals to the municipality to honour its agreement fell on deaf ears, he was compelled to find another conduit to assist him to settle his fees. Makoanyana complained to the Public Protector, the Deputy Minister of Higher Education and Training and the Registrar of the Constitutional Court. These approaches seemed to incense the municipality and caused it to respond by incorrectly claiming that the matter was sub judice, which simply was not true.

It was then that ProBono.Org enlisted the assistance of Christopher MacRoberts, senior associate at Clyde & Co.

The legal battle began with a letter of demand. This was not only necessary to demand payment of the outstanding fees but it was also apparent that the municipality refused to provide UCT with Makoanyana’s student number so the fees already paid could be properly allocated. Throughout this time and despite his depression, Makoanyana continued negotiating with the university and trying to make contact with the executive mayor’s office.

In an attempt to mitigate the prejudice to Makoanyana, his mother attempted to take out a loan to pay the outstanding amount but her application was declined.

MacRoberts continued to put pressure on the municipality together with Makoanyana and eventually their collective efforts were rewarded without the need to litigate. The municipality paid all but some R5 000 of the total of R140 000 that was owing to UCT. Makoanyana’s mother made this final payment and is seeking reimbursement from the municipality.

In July, Makoanyana sent us his graduation photographs and expressed his thanks for our intervention.

Through this process, MacRoberts has discovered that this is an issue faced by many students who do not have the resources to take up a legal battle with their contractual funders. Fortunately in this instance, the funders were legally obligated and the documents were clear and unambiguous. Students who receive bursaries and funding for higher education should ensure that they receive proper documentation indicating the full undertaking of their funders. Students are further encouraged to reach out to ProBono.Org should they experience any such issues.

ProBono.Org is indebted to the excellent service offered by Christopher MacRoberts of Clyde & Co and thanks him for his successful efforts. We also thank the student, Makoanyana for having the courage to take on the municipality and demand what he was entitled to legally and contractually.