A call for change in LGBTQI+ rights 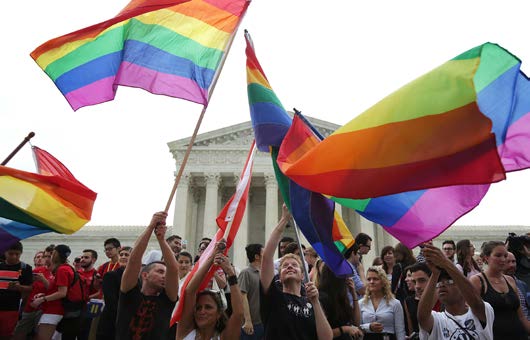 It is pivotal to recognise the history of change brought about by the legal system in South Africa in legalising LGBTQI+ rights. The country that broke barriers for LGBTQI+ persons and was exemplary to neighbouring countries in Africa. This occurred through landmark decisions such as Fourie v Minister of Home Affairs which transformed the institution of marriage and recognised same sex marriages as valid unions. However, despite these positive strides, sufficient support and legal provisions ensuring the protection of LGBTQI+ people’s rights are still lacking.

Furthermore, amidst the outbreak of the COVID-19 pandemic, the question we must ask ourselves is whether this minority group has been recognised as worthy of receiving and accessing adequate emergency care?

The COVID-19 pandemic resulted in outbreak of domestic violence towards women and children, and, equally so, towards the

LGBTQI+ community which is already subject to prejudice daily. Police protection services for victims of domestic violence has proven to be ineffective towards these vulnerable groups. If police services are still unable to prevent perpetrators of homophobic attacks, how can they be expected to protect and prevent abuse taking place in private dwellings of same sex couples? The recognition of civil marriages was a great step in ensuring fair and equal treatment of LGBTQI+ persons.

However, it should be accompanied by an investigation into police services being held accountable for the lack of fair protection of same sex couples in abusive relationships as envisaged by section 1 of the Domestic Violence Act. This Act perfectly defined a “domestic relationship” to be inclusive of same sex couples who lived or are living together.

Various cases of abuse against the LGBTQI+ community continue to illustrate this lack of intervention from authorities. For example, Eudy Simelane, a well renowned South African women’s football player was gang raped and murdered in 2008 in her hometown of KwaThema because of her sexual orientation. Termed “correctional rape”, there was a public outcry calling for better protection of LGBTQI+ members by the government. Silence however prevailed, with police services failing to better protect and prevent hate crimes against the LGBTQI+ community. As a result, a wave of “correctional rape” cases followed.

On Human Rights Day in 2020, 16 year-old Liyabona Mabishi was stabbed numerous times, leading to his death. More recently, during the early stages of the COVID-19 pandemic, the LGBTQI+ community saw the killing of gay activist Lindokuhle Cele who was stabbed in Umlazi, also because of his sexuality. Elma Robyn Montsumi, a sex worker and another member of the LGBTQI+ community reportedly passed away in police custody in the midst of the COVID-19 pandemic.

Several LGBTQI+ persons have resorted to going back to their families either because of job loss or closures of university residences due to the pandemic, which means, for many of them, exposure to homophobic attacks and disownment. This ultimately leads to some of these individuals living on the streets to evade such treatment. We need to look at what provisions have been made to protect such persons. Is there a lack of protection and is it in line with the entrenched “right to freedom and security” in section 12 of the Constitution? Pre-COVID-19, a high rate of discrimination prejudicing LGBTQI+ persons already existed, and the pandemic has only amplified these conditions further.

Lack of recognition of violence against the LGBTQI+ community also exists within the international regime. Concern for the lack of representation of LGBTQI+ persons in international law is as recent as 2016 when the UN Human Rights Commission adopted a resolution on protection against violence and discrimination based on sexual orientation. However, there is still no treaty that is as specific as the Convention on the Elimination of all Forms of Discrimination Against

S v Ferreira emphasised how the abuse of women goes to the core of their subordination in society which means having to note that the men who kill women infringe upon their right to dignity. This case acknowledges the traumas of domestic violence that women often endure from their abusers and recognises the need for selfprotection.

Similarly, in the context of victimisation of LGBTQI+ survivors of homophobic attacks and violence, the lack of reporting and implementation of policies in response to trauma and internalised depression resulting from constantly living in fear is like the experiences of women who are survivors of domestic violence. Hence, the call for the enactment of the Hate Crimes Bill and more accountability from authorities and government to improve a sense of safety and protection for the LGBTQI+ community. The implementation of the Hate Crimes Bill will allow for more protection. For example, section 3(1) of the Bill states that hate propaganda on gender identity or sexual orientation will be penalised by imprisonment as per section 6(1) of the Bill. This will offer protection and address the increasing homophobia, domestic violence and correctional rape against the LGBTQI+ community in South Africa, especially with combating gender-based violence during and post-COVID 19. This will be a better solution which can work hand in hand with the Domestic Violence Act to better address hate crimes towards the LGBTQI+ community. Further, this Act will offer protection to LGBTQI+ refugees in South Africa who are left without recourse.