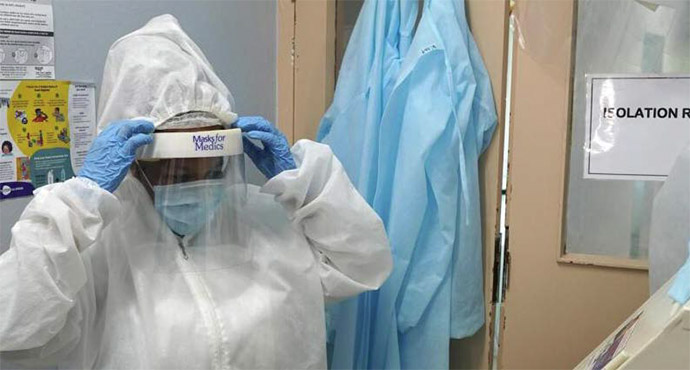 In an address to the nation on 23 July 2020, President Cyril Ramaphosa stated that millions of rands of COVID-19 relief funds had been lost to corruption; his first official admission of corrupt practices in this regard. This admission by the President drew the attention of the public, who questioned his ability to steer the country into a corruption-free dispensation. However, the public’s reaction seems justified, as this shocking news was contained in a report by the Special Investigating Unit in October 2019, which revealed that the public health sector loses USD 3,2 billion annually to corruption1. The frustration directed at the President is therefore due to his failure to deal harshly with corruption, while the issue that has never been holistically addressed is whether the President has personally failed in the fight against corruption.

The office of the PP is established under Section 182 of the Constitution to investigate conduct in public administration that is suspected to be improper or result in an impropriety or prejudice. The PP is to report on such investigation and where applicable to take appropriate remedial action. It should be noted that the operations of the PP are not subject to the Executive and the PP is accountable only to Parliament. It would appear that the scope of the PP’s mandate includes corruption. Needless to say, it was the PP who realised that former President Jacob Zuma had corruptly benefitted from non-security upgrades performed at his Nkandla homestead, for which he paid back the money.

Section 179 of the Constitution gives rise to the powers of the NPA, described as being responsible for instituting criminal proceedings on behalf of the State, and to perform other functions incidental to this core mandate. But for the NPA to carry out its mandate optimally there must be efficient investigation and gathering of evidence. This task is left to the SAPS, responsible for preventing, combating and investigating crime throughout the Republic in terms of Section 205 (2) of the Constitution. The functions of the police and the NPA are interlinked; effective investigation by SAPS leads to a successful prosecution by the NPA. It should be noted that in terms of Section 209 of the Constitution, the President has the authority to appoint other specialised intelligence services to deal with specific tasks.
The last institution directly involved in combating corruption, and arguably the most significant, is the Judiciary. The court system is provided for under Chapter 8 of the Constitution. When the police complete their investigation they hand over the case to the NPA, although more often than not the investigations are done jointly so that only the relevant issues are focused on. The NPA then institutes the corruption charges in the relevant courts, where the presiding officer is the final arbiter, who pronounces the guilt or otherwise of an accused, and the appropriate sentence.

Why blame the President?
Of all the institutions discussed above, none is headed by or directly under the control of the President. Yet the President is under attack for failing to combat corruption. Why?

The President is the head of the Executive and the face of the nation. It is not surprising that the nation is holding him accountable as he is the ultimate authority. As explained previously, corruption investigations are conducted by the SAPS, who are under the authority of a Minister of Police who is appointed by the President. Failure of SAPS to carry out investigations means failure of the respective Minister and, ultimately, failure of the President. In as much as the President does not have control over the NPA and the Judiciary, he influences policy, and we can see some correlation as to why he would be held accountable in this regard as well.
However, this again raises the issue of society regularly putting faith and trust in individuals rather than existing institutions that are in place. A country must have strong institutions which are less likely to become compromised. Importantly, no individual should bear the sole responsibility to fight corruption as we are human, and humans are imperfect.