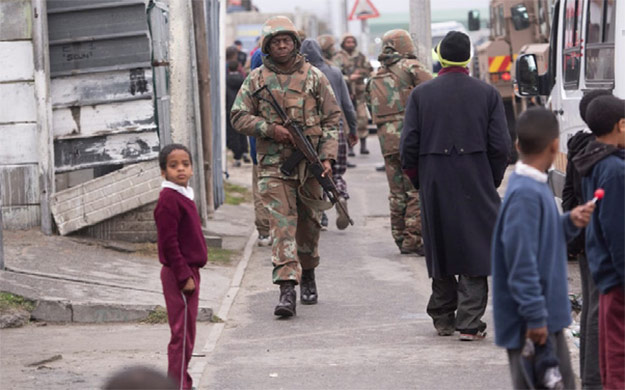 The world has not faced a global crisis to the proportions being posed by the COVID-19 pandemic since World War II. Since its outbreak in late 2019, the pandemic has ravaged societies starting in Wuhan, China, spreading to the rest of Asia and the Middle East, Europe, the Americas and now Africa; infecting over a million people globally with a death toll of around 50 000 and rising, as at the time of writing. Its rapid spread necessitated the adoption of swift measures to curtail and contain its spread which has seen many countries embarking on national lockdowns where all non-essential services have been suspended and people ordered to stay at home. With confirmed corona virus cases standing at 1 380 and the total number of deaths at 5 as at 2 April 2020, South Africa has not been spared, with the President declaring a State of National Disaster and a concomitant 21 day National Lockdown which commenced at midnight on 27 March 2020 and was since extended for a further two weeks. To ensure compliance with the National Lockdown, all the country’s security forces were deployed to the streets including the South African National Defence Force (SANDF).
Since the lockdown there has been wild speculation as to its effect on the Bill of Rights. Does the lockdown suspend the operation of the Bill of Rights, either partially or in its entirety? Such questions and fears were compounded further by reports of brutality and harassment against members of the public by security forces, in particular members of the SANDF. It has been reported, with evidence from video footage, that members of the army are beating people seen loitering in the streets, especially in township communities. Video footage has surfaced of people being beaten, forced to roll on the ground in military fashion and doing squats, prompting the Defence Minister to issue a statement clarifying that such conduct by soldiers is unlawful and not in conformity with their mandate in respect of enforcing the lockdown regulations. The question that then remains is what effect the lockdown has on the civil liberties of our people?
The lockdown was effected pursuant to Regulations published by Government Gazette Notice 318 of 18 March 2020, as subsequently amended by Government Notice R. 398 of 25 March 2020. These Regulations were made under Section 27(2) of the National Disaster Management Act of 2002. Essentially, they are meant to restrict the movement of people locally, between cities and metros, amongst other things. The role of security forces then is to ensure that the restrictions on movement and gatherings are adhered to. Although the cited Regulations limit the exercise of human rights as espoused in the Bill of Rights, such limitation is permitted in terms of Section 36 of the Constitution, which provides that the exercise of rights may be limited by law of general application provided that the limitation is necessary, justified and reasonable in a democratic society. However, such limitation must only be to the extent that it is necessary to preserve, amongst other things, public health, as in this case. This entails that even the rights that are directly limited by the Lockdown Regulations are not suspended in their entirety, but only limited to the extent that such limitation is necessary for the preservation of public health, and in this case, to contain the spread of Covid-19. To that end, the Bill of Rights is not suspended, nor are the security forces now enjoying impunity to commit human rights violations in the name of the lockdown. They are there to enforce law and order.

Provision is further made for criminal liability against anyone found guilty of contravening the regulations, with the offender being liable to pay a fine or serve imprisonment not exceeding six months, or both. This means that even where an individual contravenes the provisions of the regulations and is arrested, the rights of arrested, accused & detained persons enshrined in the Constitution applies to them. The regulations do not equip the army with powers to impose punishment on alleged offenders in the form of beatings, squats or military rolls.

To avoid doubt, the Bill of Rights is still very much in operation, though some rights have been limited, and the abuse of the citizenry by military personnel remains fundamentally unlawful. It constitutes unjustified limitation of the Bill of Rights in a democratic society as contemplated by the South African Constitution.