The Prevention and Combating of Hate Crimes and Hate Speech Bill 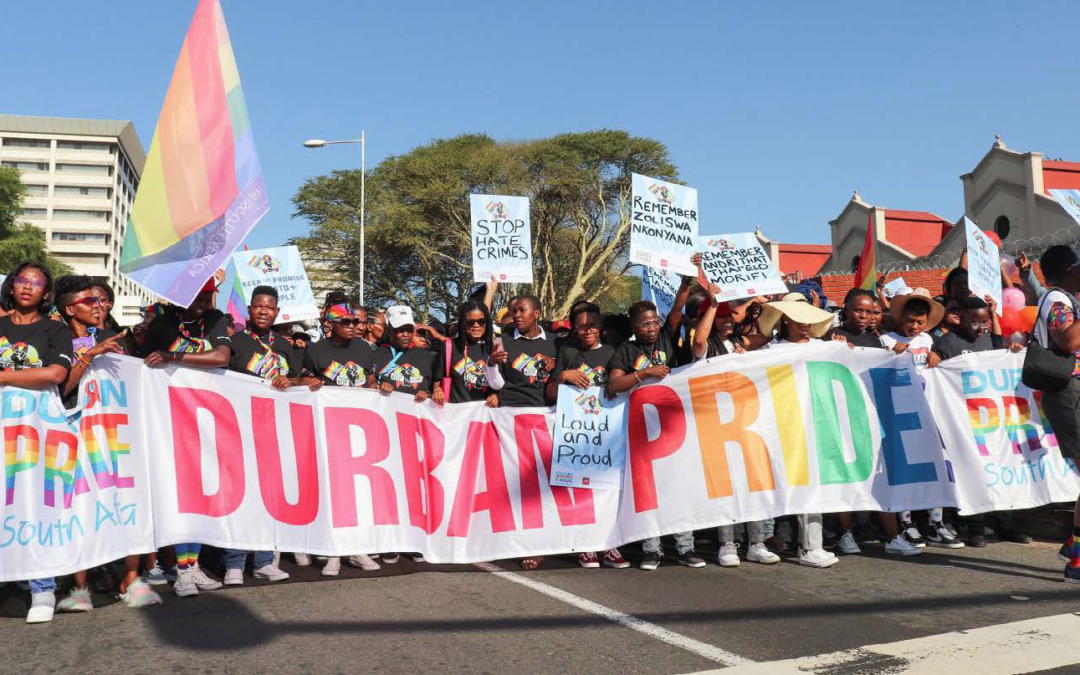 Before 1994, the focus of violence in South Africa was largely based on politics. Upon the dispensation of democracy and the promotion of equality, studying and understanding violence shifted towards preventing violence between individuals and remedying its social, economic and psychological effects. South Africa has seen an alarming rate of crimes relating to xenophobia, homophobia, racism and sexism. These crimes are differentiated from acts considered as crimes under existing South African law because they are motivated, partially or wholly, by hatred towards the victim’s identity. Hate crime may therefore be described as a criminal act that is driven by prejudice or bias relating to the victim’s race, gender, sexual orientation, religion or other grounds.

Section 9 of the Constitution of the Republic of South Africa, Act 108 of 1996, makes provision for equality. Section 9 further provides for the enactment of national legislation to prevent or prohibit unfair discrimination and to promote the achievement of equality. Since 2000, The Promotion of Equality and Prevention Of Unfair Discrimination Act (PEPUDA) is the legislation referred to in instances where a victim is subjected to hate speech or unfair discrimination based on race, sex and gender.

Currently, a hate crime motivated by a person’s race or sexual orientation, or the looting of foreign nationals’ shops may only be treated as an assault or public violence. The penalties are thus set out following the legislation that governs those specific offences. This would mean that the crimes are not responded to appropriately by the criminal justice system. Therefore the specific inclusion of hate crimes in legislation could assist law enforcement bodies with dealing with these crimes appropriately.

The penalties for a hate speech or hate crime offence, in terms of the Bill, follow the Criminal Procedure Act. The penalties include imprisonment, periodical imprisonment, declaration as a habitual criminal, committal to any institution established by law, a fine, correctional supervision, postponement or suspension of the sentence, or a warning or reprimand.

It can be argued that the penalty of imprisonment for up to five years is not appropriate for this crime. It can further be argued that penalties for hate speech in PEPUDA, which regards the offence as a civil law offence, are more appropriate.

These penalties are restorative and encourage the offender to examine the basis of their prejudice and make amends. Hate speech matters that have been heard before an Equality Court have followed this recourse.

The Equality Court often hands down orders that include payment for the impairment of dignity, pain and suffering. Orders may also include a referral of the matter to the Director of Public Prosecutions for the institution of criminal proceedings against the perpetrator of hate speech. Hate speech matters that have been heard before Equality Courts include the Velaphi Khumalo and the Vicki Momberg matters.

In the Velaphi Khumalo matter, Khumalo posted two social media posts stating “that the country be cleansed of all white people and act as Hitler did to the Jews”. The Equality Court ruled the posts to be hate speech in terms of PEPUDA; ordered that Mr Khumalo write a letter of apology directed to all South Africans; interdicted him from repeating similar utterances and that the National Prosecuting Authority investigate whether he should be criminally charged.

In the Vicki Momberg matter, Momberg called a black police officer the k-word 48 times after he came to her aid in a smash and grab incident. The Equality Court ordered Momberg to pay a R100,000 fine, make a public apology and commit to sensitivity training and community service. Momberg did not comply with this order. The police officer instituted criminal proceedings against Momberg. She was found guilty on four charges of crime injuria and sentenced to an effective three-year imprisonment term, a year of which was suspended.

The main criticism of existing criminal legislation is that it does not specifically create a charge for hate crimes. Where a person from the LGBTQI+ community is targeted, the crime is charged under existing criminal laws, such as assault or culpable homicide. However, many argue that the purpose of hate crime legislation is to investigate and prosecute crimes committed with bias against LGBTQI+ people and these crimes should rightfully be dealt with under this Act.

Governments across the world often tend to focus their attention on combating hate-based criminality by enacting new laws that enhance the penalties for hate crime offenders. This could possibly be justified by the belief that enhanced penal measures are a form of recognition of the increased levels of hate-based crimes. Another justification that can be argued is that the stricter penalties will send a strong message of non-tolerance of hate-based crimes to society. Finally, hate crime legislation helps to ensure that criminal justice bodies can officially record and monitor data relating to hate-based offences, allowing them to specifically attend to these offences. This is the case with the Bill.

To appropriately address hatebased offences with appropriate measures and interventions, the underlying causes of prejudice that drive perpetrators to commit hate-based crimes need to be understood. Increasing penalties, especially in the context of correctional imprisonment, also does not challenge the vulnerability of groups that are often subjected to hate crimes. Restorative justice would be more appropriate in the context of hate speech and crime in

South Africa as it focuses on equal participation between the victim and the perpetrator. Currently, financial, emotional and community reparations are often ordered in South Africa, as seen in hate speech matters that have been heard in Equality Courts. Other forms of reparation that should be considered are moral learning and multi-agency support.

Moral learning could include conducting research, under the supervision of a restorative justice official, providing a short report based on the harm the perpetrator caused or a reflective report presented to the affected community on the new understandings that have been learned. Multi-agency support includes social services support, medical support and educational support. In conclusion, the sole implementation of hate crime legislation in South Africa is not enough to address the issue of prevalent hate crimes. Instead, a multi-sectoral and inclusive approach needs to be adopted by the criminal justice system to effectively address hate crimes and the increased vulnerability of the victims of these crimes.